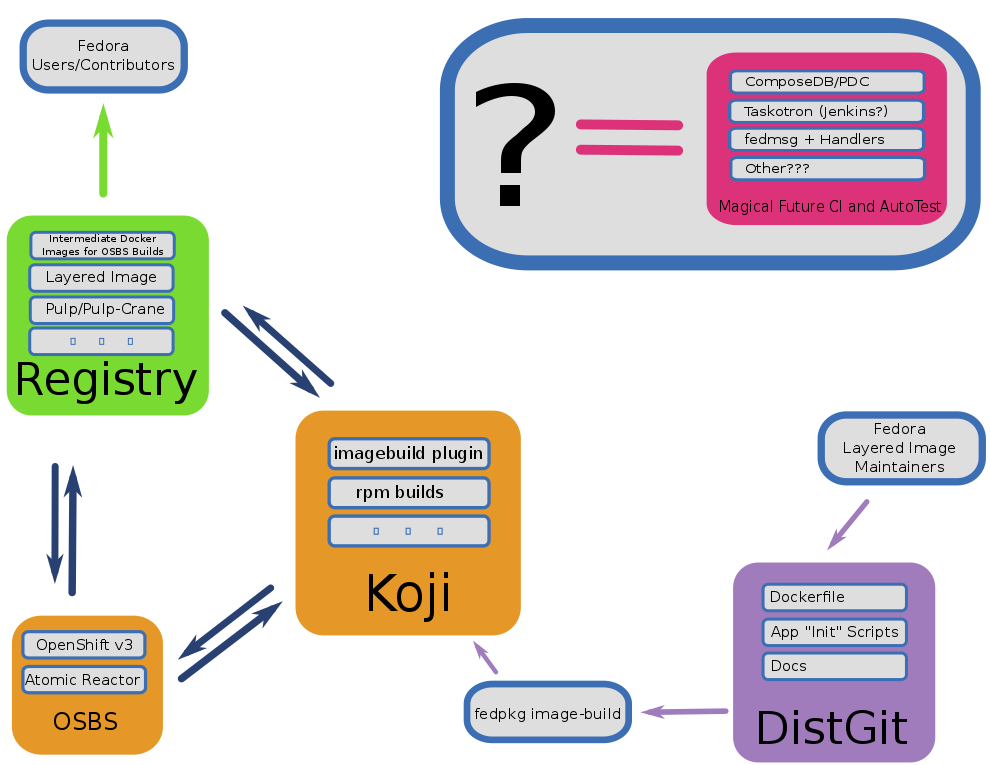 https://github.com/docker/notary signing is not yet in scope for this Change.

Currently Docker upstream only officially supports x86_64 and we will target that for the initial delivery of the build system.