What is Eclipse PackageKit

Eclipse PackageKit is an Eclipse plugin that allows for interaction with PackageKit. The goal of this plugin is to satisfy various software installation requests from within the Eclipse IDE, and without having to force a user to explicitly use any distribution-specific tools.

To interact with PackageKit, we use the PackageKit DBus API, which we access using dbus-java.

The following list will contain a set of plugins within the Eclipse IDE that Eclipse PackageKit can improve.

When building a C/C++ Autotools project, one can use the Autotools support provided by the Eclipse CDT to acomplish the task. When Autoconf is invoked on the project, it may fail to find a particular resource (library, module, program, file, etc.) and this will be clearly indicated in the Eclipse "Problems" View. Although its possible to bind a particular resolution to a problem, the Autotools plugin currently does not do this, and it becomes the responsibility of the user to figure out which packages in their distribution satisfy the missing requirement(s).

Simply right click on any (or multiple) Autotools Problems View entries, and go to "Quick Fix". Alternatively you can just select the desired entries and press '<CTRL> + 1'. Either of these actions will bring up the Quick Fix Dialog.

From the Quick Fix Dialog, we can view the markers we selected. Clicking "Finish" will attempt to resolve all of the selected problems at once. 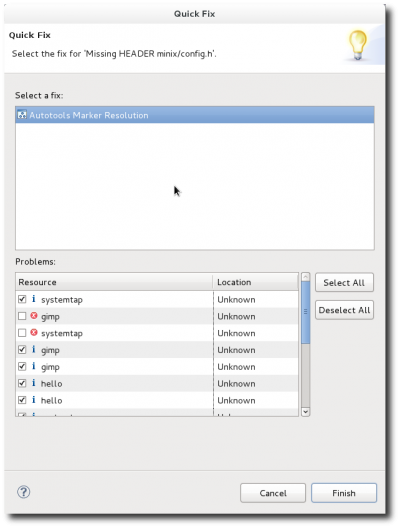 At this point, PackageKit is being queried to determine a resolution for each problem. If any packages satisfy the requirements, a prompt requesting their installation will appear. 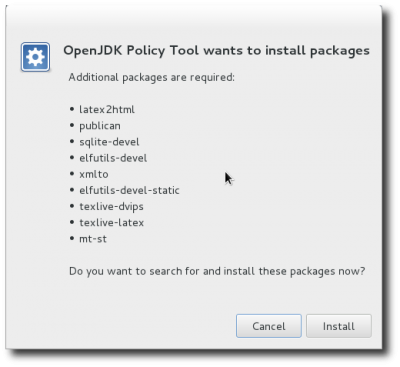 When a plugin writes to a standard console, the output is examined, and if it is found to resemble a particular form, a hyperlink will be created for the token that might have a resolution through the use of PackageKit. 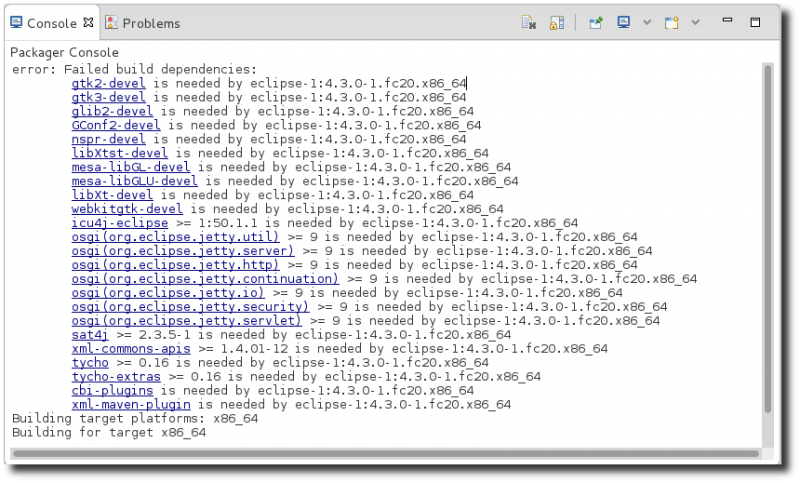 The Eclipse PackageKit project is hosted at https://fedorahosted.org/eclipse-packagekit/ and bug reports may be filed here using the "New Ticket" link once logged in.