How to synchronize an Apple iPod

Purpose: To describe different ways of interacting with an iPod using Fedora.

Assumptions: The user is running Fedora linux, has access to the internet, and generally understands how to use computer software. The user also owns an iPod and wishes to use and sync it with Fedora.

How to use your Apple iPod in Fedora 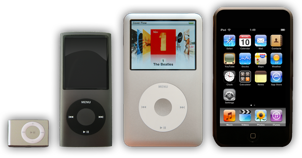 Because of the proprietary nature of iPod, it can be difficult to use it on your Linux platform without guidance. Unfortunately, Apple has not (and has never announced plans to) release a Linux version of iTunes, and iTunes is not yet stable through Wine. Luckily, there are several high-quality tools available for Linux users to manage media content on the iPod. Among them are gtkpod, YamiPod, and tools built into media players such as AmaroK, Rhythmbox, and Banshee.

This article will examine how to use several of these applications to synchronize music files and more to your iPod. It is worth noting that iPods - especially newer models - will almost always have features that are not supported on Linux. The only way to use such features is to use Apple's officially supported iTunes software.

One of the open-source iPod management programs that has been around for the longest time is gtkpod. It features a simple interface that makes a lot of sense and runs on most Linux distributions. On the gtkpod.org website, it is described as "a platform independent Graphical User Interface for Apple's iPod using GTK2. It supports the first to fifth Generation including the iPod mini, iPod Photo, iPod Shuffle, iPod nano, and iPod Video."

Gtkpod has an extensive users guide in the form of their README file, which is available on their website. This article tries to summarize the key points needed for the average user.

There are two preferred ways of installing gtkpod in Fedora. In a console, type:

Alternatively, you can use the graphical installation tool included with Fedora to install the gtkpod package. The tool can be accessed under the System -> Administration -> Add/Remove Software in Gnome. You can now run gtkpod by either typing gtkpod in a console or by clicking on the shortcut found under Applications->Music and Video->gtkpod.