The barcamp component of a FUDCon consists of one or more days of sessions that are organized at the start of the barcamp. It is an extremely participatory, informal variant of a conference. 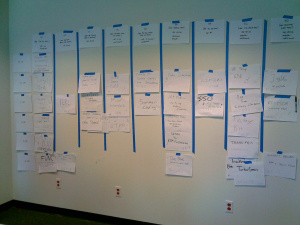