The world is changing and online applications are becoming more and more popular, whether for e-mail or word processing. The developers behind Bigboard and Gnome's "online desktop" initiative think it's time our desktops started catching up. Read on to find an interview with Colin Walters, more information about Bigboard, the online desktop and the obligatory screencast showing it off!

If you enjoy this article, follow the link below and give it a digg :D 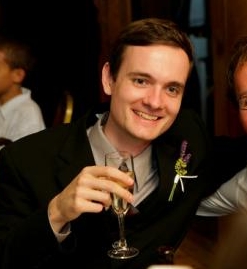 Could you explain to us what the concept of the "online desktop" is, and how Bigboard is going to be a part of this?

The Online Desktop effort is essentially just a recognition of the fact that more and more people are computing online or "in the cloud". Yahoo! Mail or GMail have completely won in the consumer market over Thunderbird/Evolution type mail, and are in the process of moving into the enterprise. Google Docs and others like it are quickly growing in the "basic wordprocessing" market, and in fact adding new features like extremely simple collaborative editing.

So essentially, we're trying to reorganize the desktop and optimize it for these kinds of applications.

The Big Board is a part of the Online Desktop effort; it's a new panel type component that is intended to display more relevant things to your online life than the traditional panel. You could think of it as a collection of custom "widgets" for things like Google Calendar or Docs, except we're less interested in some things that might spring to mind with the term widgets, such as gigantic meticulously rendered clocks.

What Fedora specific changes have you had to make to make this feature a reality? Will these changes be useful upstream and for other GNU/Linux distributions?

So far for the Online Desktop effort we've mostly been adding things such as a library for communicating with online.gnome.org, a new sidebar, etc. However we are starting to modify existing components like Pidgin and Firefox.

The Online Desktop is designed assuming you're online, and to default to using online applications. That said, the desktop shouldn't just fall over if you wander out of your wifi range temporarily, but for a lot of people their computer is basically a brick without Internet already (no GMail, Wikipedia, etc.). Of course with things like Google Gears web applications are starting to work offline too.

online.gnome.org is intended to be service provided by GNOME for storing aspects of the desktop online. The Big Board uses it currently to store what applications you use. Other things prototyped include storing preferences such as font size, etc.

Application browsing and installation via Bigboard are also mentioned on the wiki page; could you elaborate on this particular aspect?

Essentially, this is a design where we integrated installation into the application process itself. It's a fairly obvious thing to do really once you don't think in terms of technology (RPM packages) but instead what someone would want to do. Here's a good blog entry about it:

How successful have your efforts been so far? Are you still hoping to make the F8 release with this feature?

I would say that we've been fairly successful in terms of prototyping out a number of the features we wanted such as storing aspects of the desktop online and integrating with external online services such as Google.

What we're concentrating a bit more on now is improving the first time login experience to the system; reducing the number of times you have to type in your Google username and password, for example.

In terms of releases, we haven't really made an official one yet since we're still in the process of moving from the prototype stage. But we do plan to have a release corresponding with Fedora 8. We're also creating a Fedora "spin" using the very nice new spin tools the Fedora project has developed.

How do you see Bigboard, and perhaps the "online desktop" concept, developing in future releases of Fedora, and upstream?

In terms of Fedora, one feature I would very much like is different "stream speeds" inside of it; in other words, I'd like for the online-desktop packages in Fedora 8 after it's released to very closely mirror upstream development with frequent releases. The tools aren't optimized for this but I'm hoping it's solvable.

Upstream, I think you'll be seeing us blog more once we have the Live CD ready to go.

And to finish, would you like to tell us a bit about your self? Free software background, general every day things you love to do!

Well, I've been hacking free software for probably close to 9 years now; started in Emacs, became a Debian Developer, moved on to GNOME, then was hired by Red Hat to do more of it! I have patches in quite a number of projects. Lately I've been trying to get more into the Firefox development community (obviously the browser is a key part of an online desktop); you can see a result of this work in the Firefox Journal that Bryan Clark and I built on top of the new Firefox 3 infrastructure: http://online-desktop.org/wiki/Firefox_Journal

Outside of work, I like to hang out with friends, rollerblade, and of course I have some spare time free software projects like Hotwire, a new developer/sysadmin shell: http://code.google.com/p/hotwire-shell/

You can download a screencast showing many of the features of the Online Desktop here .

The screencast about doesn't do a bad job, squeezing in so many cool features in 3 minutes, but the best way to get a feel for what this technology is going to be like is to try it out for yourself.