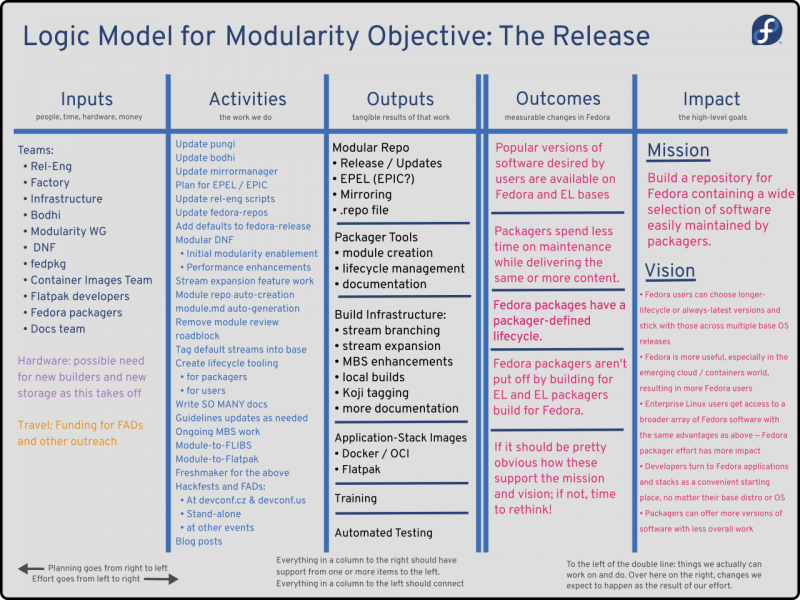 The Modularity implementation has changed its approach so it no longer requires a holistic modification of the way we build the entire distro. Instead, the traditionally built packages will remain and only content requiring modular features (e.g. multiple available versions) will be modularized. We believe that this will be simpler to maintain and introduce. If you would like to read more about the architectural changes see the community blog post “Modularity is Dead, Long LIve Modularity.”