Difference between revisions of "DevConf.CZ 2012" 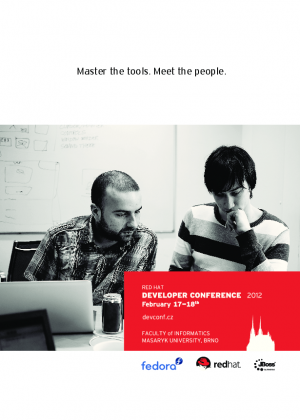 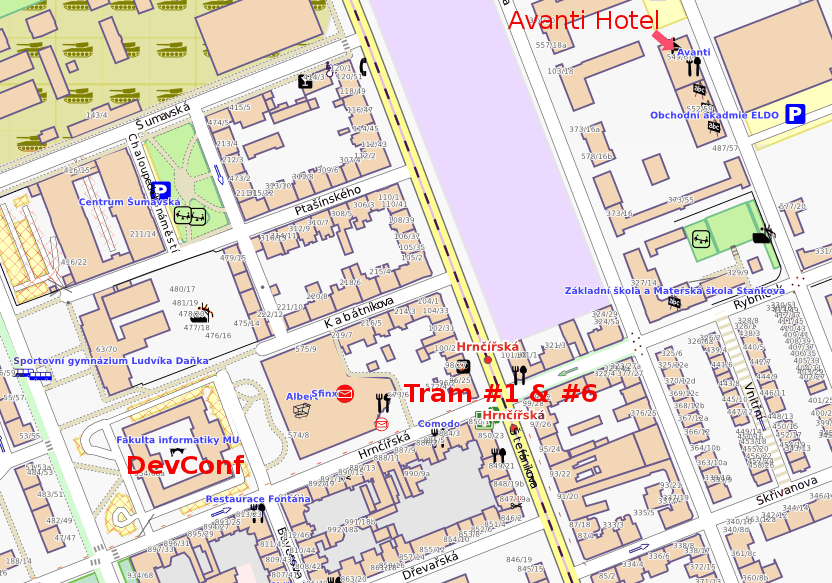 Brno is located within two hours by car from three European capitals (Prague, Vienna, and Bratislava), but you can fly directly to Brno as well:

Brno has good train connections to several European cities and train is the fastest and most convenient means of transportation between big cities in the region. All intercity trains arrive and depart at the main stations which is a hub of public transport in the city. Train timetables

Brno is part of the European bus network and all connections and their prices are similar to trains. Most buses arrive to Brno-Zvonarka, only Student Agency buses arrive to Grand Hotel which is on the same street as Main Train Station. Student Agency (http://www.studentagency.eu/) and Eurolines (http://www.eurolines.com/) provide buses to many European cities. Bus timetables

Brno is well-connected to other cities by highways. You can get easily to neighboring countries by car. Travel time examples:

Parking lots are available right in the university campus where the conference would take place.

Check the map with important places including the main railway/bus stations, hotels and the conference venue at http://map.devconf.cz

Public Transport Tickets: If you want to use public transport, buy tickets only for 100+101 zones! If you're staying in Brno for several days, consider buying a 5-day public transport ticket which costs CZK 250. There are several places where you can buy it, but the best one for you is probably the main railway station, where you can buy it at any counter (look for the international ones because they more likely speak English).

From Main Railway Station to Venue

From Main Bus Station to Venue

From City Center to Venue

From City Center to Avanti Hotel

It's pretty much the same as going from the main train and bus stations to the venue. You get off the same stop of #1 tram (Hrčířská), you just walk the opposite direction (see the picture in the lodging section above).