Difference between revisions of "Features/MoreNetworkManagerMobileBroadband"

The support for setting up mobile broadband connections is also somewhat rudimentary. Dan has recently written about the improvements in this area, see his post Mobile Broadband Assistant makes it Easy.

These features are quite useful to users and sometimes necessary for easier roaming support when outside of your home country.

Work with hardware vendors (Novatel, Sierra, others) to release the specifications for the command protocol while the cards are connected.

Most of the functionality in this feature is enabled by using ModemManager to do the hard work of talking to all kinds of modems. This keeps all quirks centralized in one place.

NetworkManager must be modified to talk to ModemManager instead of driving modem cards directly.

Get wide testing from the NetworkManager community of these features with as wide a hardware sample as we can find.

2010-04-15 -- Tested on VirginMobile Broadband2Go Novatel Wireless MC760 USB Modem. Bug 582869 filed on Modem identified as CD Drive and not modem. With Workaround did successfully use Mobile Broadband of Network Manager.

Instead of a static icon while connected to a cellular network, the applet should show a signal strength meter. The applet should also allow the user to choose the GSM network that a specific connection should apply to, to facilitate easier roaming control.

The initial setup of a mobile broadband connection is made easier by an assistant which has a database of known providers, plans, etc.

When you first insert your card, it shows up in the applet like this: 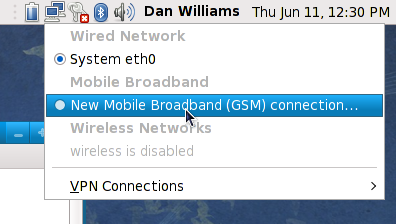 When you click that, you’ll get the Assistant’s intro page, which explains what information you will need: 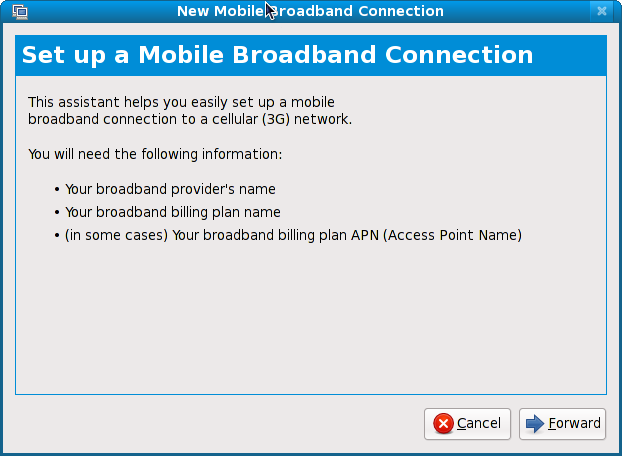 The next pages asks for your country: 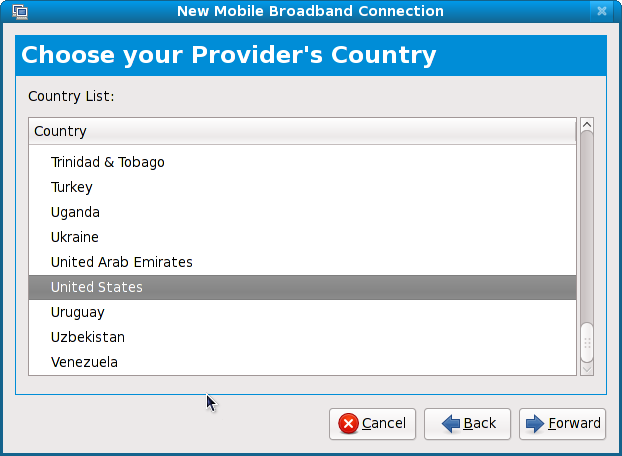 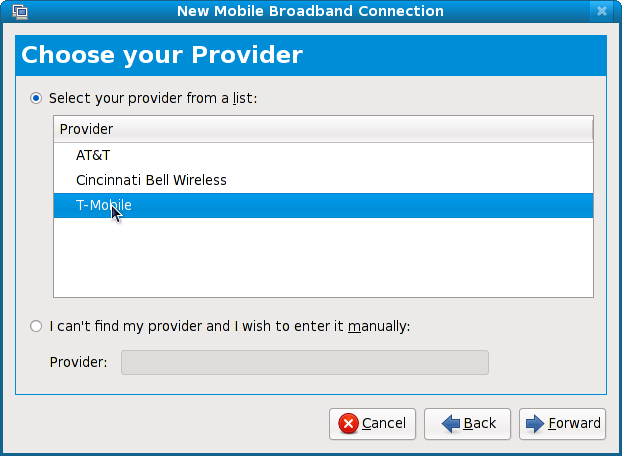 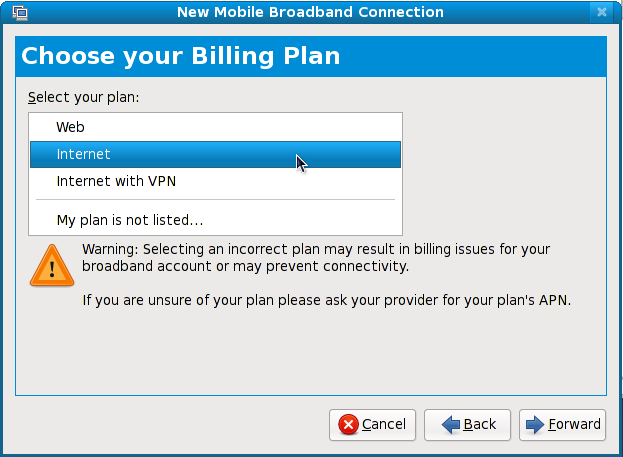 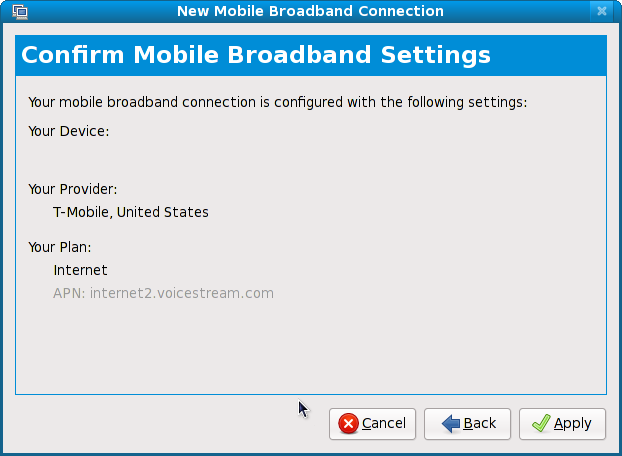 The provider database needs to be included in Fedora: #503967 (Done)

udev needs to be updated to include libgudev, which both ModemManager and NetworkManager now use for hardware discovery. (Done)