Revision as of 14:24, 9 September 2016 by Sgilson (talk | contribs) (Created page with "We group these binary packages into ''modules''. Note, we can pick just a subset of the subpackages from a particular build into a given module, eg. some hypothetical example ...")
(diff) ← Older revision | Latest revision (diff) | Newer revision → (diff) 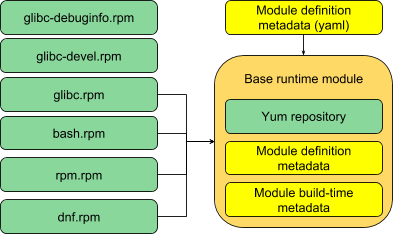