DeviceKit is a simple system service that a) can enumerate devices; b) emits signals when devices are added or removed; c) provides a way to merge device information / quirks onto devices. It is designed to partially replace hal and overcome some of the design limitiations of hal. DeviceKit functionality is provided in the form of dbus services on the system bus.

The new udev-extra module will provide udev rules that are needed to make the DeviceKit architecture work. Functionality that was provided via .fdi files in hal will eventually be moved to udev rules, and setting acls on devices will also be done here at some point.

The port of gvfs to DeviceKit-disks is in rawhide.

udev-extras is hosted on kernel.org and has been packaged for rawhide.

The nautilus extension for disk formatting is being worked on here. It is called nautilus-gdu. It is available in rawhide.

David has written an extensive explanation of the DeviceKit architecture, and the motivation for rewriting hal. Read all about it here

Fedora gains a comprehensive graphical disk management tool which provides functionality that so far was almost exclusively available in the partitioning screen of anaconda. The tools integrate nicely into the desktop (by e.g. providing a "Format disk..." menuitem in the nautilus context menu where appropriate).

DeviceKit depends on bug fixes and enhancements in the following components: kernel, udev, mdadm, and lvm. These will have to appear in rawhide first.

Also, in order to peacefully coexist with DeviceKit-disks, at a very minimum hal needs to talk to DeviceKit-disks about locking and mounting/unmounting. Medium term, hal functionality such as disk and power-management support will be turned off when all important users have been ported over to the equivalent DeviceKit api.

The core components that we plan to port for F11 are: gvfs, gnome-mount, nautilus and gnome-power-manager.

For completeness, Features/DeviceKit/HalDependencies is a list of all packages in Fedora that depend on hal, libhal.so.1 or libhal-storage.so.1. Except where noted, we don't expect to port these to DeviceKit for F11.

There is a new menu item that brings up palimpsest: Applications → System Tools → Palimpsest Disk Utility

The nautilus context menu offers to format discs/usb sticks and other devices. palimpsest is a graphical interface for all disc-related tasks, from partitioning and file system creation to encryption, raid and lvm.

Here are some screenshots of palimpsest and nautilus-gdu in action: 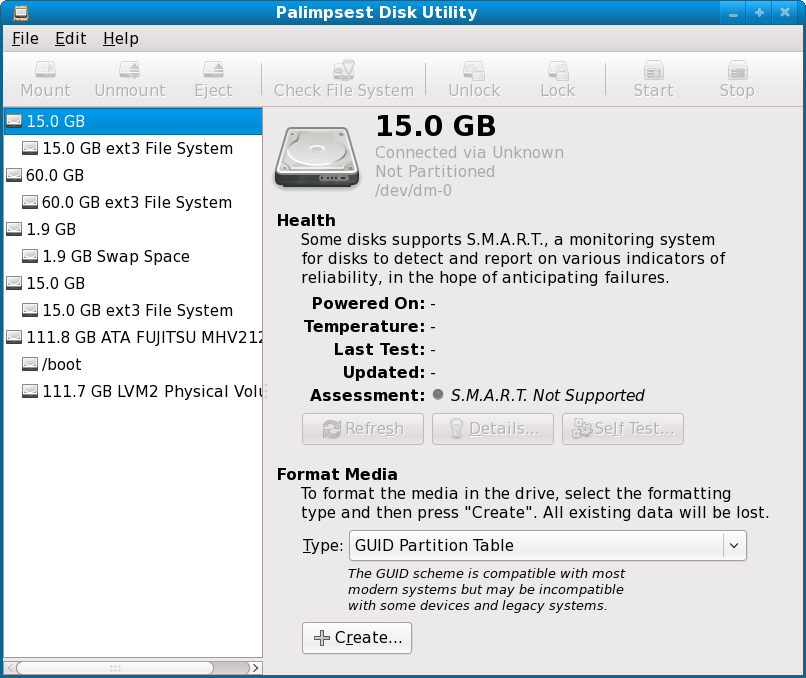 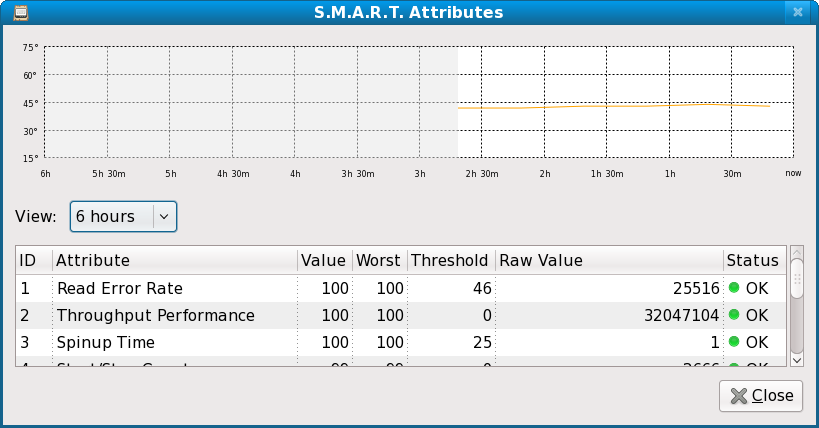 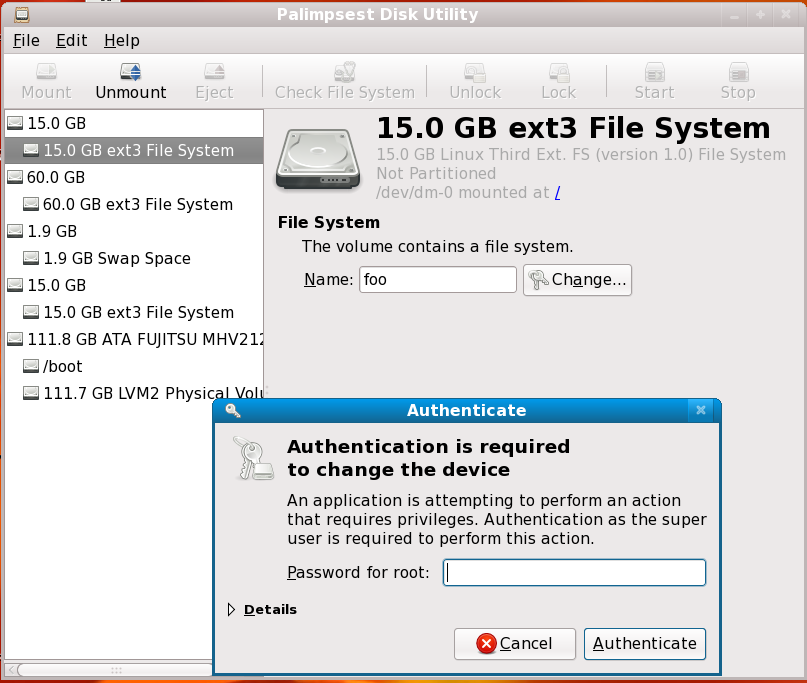 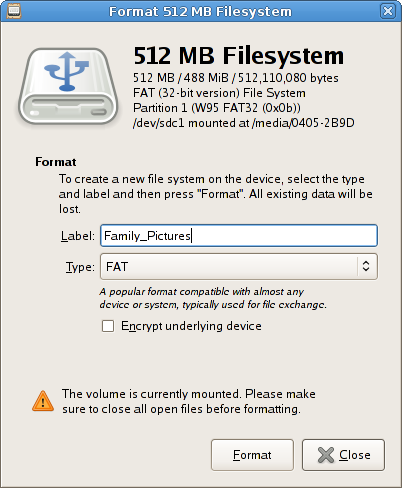 DeviceKit-disks and DeviceKit-power can coexist with the disk and power management parts of hal. If the porting of applications is not complete by F11, we don't strip the functionality out of hal in F11.

End user documentation will take some time to write, and can't really be started before the tools are publicly available.