Make volume control intuitive and easy to use.

A lot of the necessary infrastructure work in PulseAudio has been done. E.g. it is possible to associate metadata with audio streams, and classify them according to roles (event, music, phone, ...). The PulseAudio version that we ship in F11 supports "flat volumes".

At the Sound BoF at GUADEC this year, the plans for the UI aspects of this feature were discussed in some detail: http://mail.gnome.org/archives/gnome-multimedia/2008-July/msg00001.html

Rawhide now contains changes made upstream to use libcanberra in gnome-media for sound events configuration, and thus support the Freedesktop sound theme specification. This means that there should not be any hard requirements on esound anywhere in the stack, except in deprecated functions in some libraries.

The new sound capplet has landed in rawhide with gnome-media-2.25.3. The mixer applet has been turned into a status icon. Metacity plays the alert sound from the sound theme instead of the dreaded system bell.

With the use of PulseAudio by default, it makes sense to no longer expose the unintuitive plethora of volume controls and channels that alsa exports, and which is currently reflected 1-1 in the gnome volume control tools (gnome-volume-control and mixer applet). PulseAudio already ships with a volume control app, pavucontrol, that is packaged for Fedora (but not installed by default).

Below is Lennarts detailed explanation of the PulseAudio logic for handling mixers:

The multimedia experience of Fedora users is improved by an easily understandable and much more flexible volume control model. 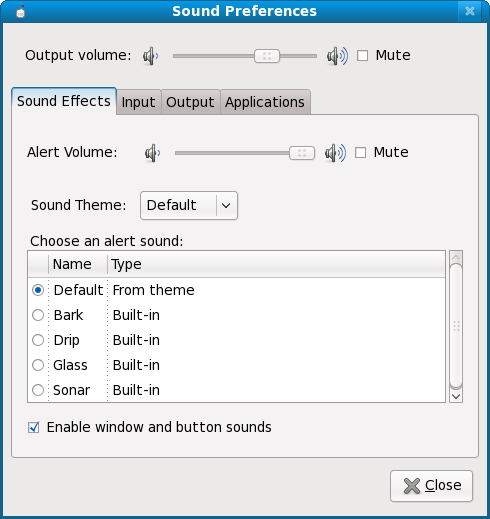 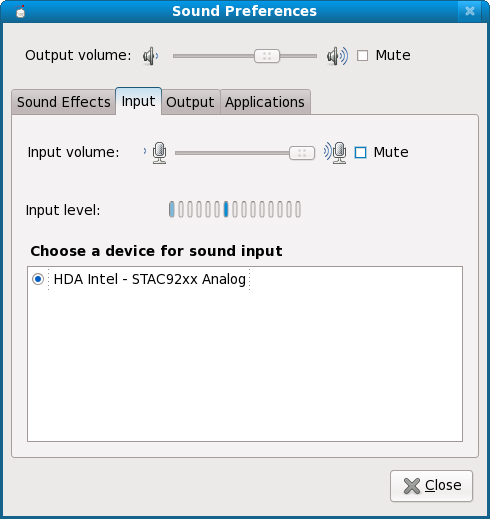 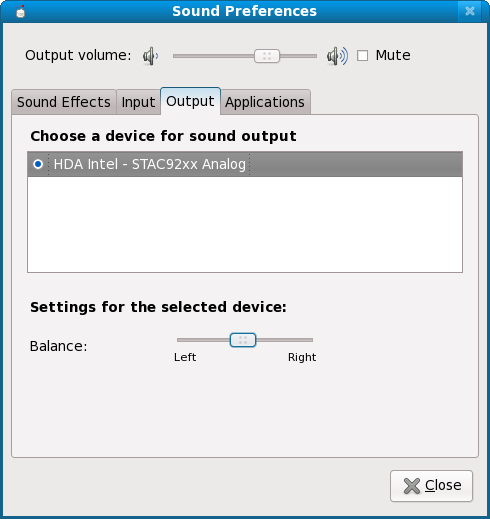 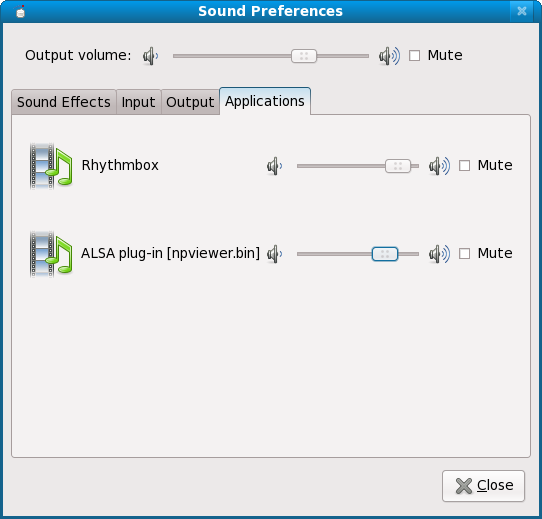 Front-end changes would be backed out.

The Sound Preferences section of the GNOME user guide has been rewritten to reflect the new UI, patch in http://bugzilla.gnome.org/show_bug.cgi?id=474629

Known issues include the use of non-default recording profiles. If the sound input you want to use is not enabled with the default profile configuration, you'll need to use pavucontrol to select it. Integration is planned for this in Fedora 12.