Over the past few releases, Fedora has gained a reputation amongst the various distributions for having some of the best artwork out there. This time around, responsibility has been handed over entirely to the community Art Team, and they've done themselves proud!

Read on to find an interview with MairinDuffy. Fedora Art team lead and previews of some of the key elements belonging to the infinity theme. 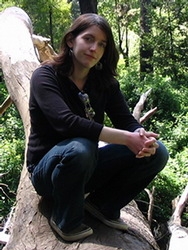 If you could begin by telling us a bit about the process behind creating the artwork for Fedora 8? How were the community involved? How did people work together to come up with the final images?

Sure. There are really two main parts to Fedora 8's artwork that were handled in parallel.

One part of the artwork is our metacity and GTK themes (which control the titlebar and widgets respectively.) Martin Sourada, Daniel Geiger, and Luya Tshimbalanga created the Nodoka theme with help from Matthias Clasen. Folks on fedora-art-list as well as Fedora Forum contributed mockups and feedback as part of this effort; Daniel and Martin posted frequent updates to the theme so folks following the list could try out the in-progress theme and give their feedback. Overall I was quite impressed with this effort; I've been using Nodoka since it was still in early development and I think it fits Fedora's look quite well.

The other part of the artwork is the wallpaper, splash screen, etc. that are included in Fedora. We followed an open, milestone-based process to come up with this artwork. The first three milestones were focused on the main concept art for the release. Whichever artwork made it through the first three milestones was considered as the default theme. Anyone in the Fedora community was (and still is :) ) welcomed to participate in the process from the start, and we let hard deadlines drive some of the decision-making for us. Milestone 1 was to simply come up with a concept, and required that you explain the meaning of your concept and provide at least a sketch or references to existing artwork that illustrated your idea. Next, milestone 2 required more polished, original artwork including at least 1 wallpaper concept and 3 supporting illustrations. Finally, milestone 3 required the design of all the artwork necessary to theme the distribution, including the wallpaper, rhgb, syslinux, anaconda, firstboot, etc. artwork. We had a lot of good submissions this time and I hope some of the ones that didn't make it this time might be fleshed out more and revived for Fedora 9 and beyond.

As you'd imagine in this kind of format where many different ideas are discussed and eliminated down to a few as the design process proceeds, folks jumped in to work together towards the end of the process. This is most notable in the work for the GDM Infinity theme, where Martin Sourada, Nicu Buculei, and Steven Garrity all worked together on mockups and other folks from the list critiqued and discussed the designs as well. I'm currently working on the final implementation of the mockup work they did. :)

The fedora-art-list was the main place where all the proposals, mockup and artwork postings, and critiques were made, while the wiki (Artwork/F8Themes) was used to track our milestones and document our work, including the SVG sources so anyone was free to play with the designs and submit their contributions.

We have more work to do as well. We're currently working on banners and a slogan to be displayed on fedoraproject.org for Fedora 8's launch. Other projects in our queue include the creation of CD and DVD labels and a 'press kit' including artwork and other materials that we found we are commonly asked for immediately preceding a Fedora list. We can always use some help so please feel free to dive in on the list if any of these projects interest you. :)

What kind of tools were used in the creation of this theme? Presumably all the tools are available as part of Fedora?

We're also in the planning stages for creating a Fedora Art Studio spin to make it even easier for folks to start contributing to Fedora's artwork using Inkscape, Gimp, Blender, Krita, Scribus, and other FOSS tools in Fedora as well content such as brushes, extra fonts, clip art, etc. This spin won't make Fedora 8, but you can look forward to it for Fedora 9!

One really interesting aspect of the Infinity theme that was considered was the idea of animated backgrounds. Is this going to make it into F8, and if not do you see it being used in future releases?

The animated backgrounds feature, which was written by Søren Sandmann, actually made it into Fedora 7 but we didn't ship any backgrounds that utilized it then. If you're still using Fedora 7 and would like a preview of the feature, you can make your own by creating an XML file using the format documented here (http://www.redhat.com/archives/fedora-art-list/2007-August/msg00170.html), writing out the filepaths of the images you'd like to use in the file. Then, you can click and drag the xml file onto the Background Preferences window (as if it was a new image you were adding) to take a look. Søren made a few changes to the format of these files for Fedora 8, so you'll see that change slightly in Fedora 8.

If feedback from users on test 2 and test 3 don't suggest we should consider otherwise, I think a more polished form of the animated Infinity background in Fedora 8 test 2 will probably make the Fedora 8 final release. It's important to get it tested out first though, so please try it out now if you can and give us your feedback!

How do you see the idea of "Infinity" in relation to the rest of the Fedora project?

Well, the idea of infinity at first came from thinking about the three concepts that are represented in Fedora's logo - freedom, infinity, and voice. The interpretation was at first that Fedora is always pushing towards infinity... the literal text from the inital theme proposal was "The basic concept for this theme is that Fedora, as the leading Linux distro, is always pushing the boundaries of technology. Because we're always pushing forward, we're always glimpsing into the infinite."

Nicu Buculei and I worked on a lot of the early concept art for the theme and we weren't quite satisfied - we were playing with a vectorization of an extremely-angled bridge photo and a few other ideas - until I hit upon the visual of curved lines meeting up and then ascending upward together. That visual actually fit more into the concept of community for me. It reminded me a story we learned in school about the Iroquois Native Americans. Various tribes in New York State in the US formed the Iroquois Confederacy, and one of the arguments that was made towards the initial joining of these five (later six) tribes was that a single arrow, all alone, is much easier to break than a handful of arrows. The lines in the artwork meet similarly, become bright and stronger, and together ascend upward.

So, basically - the idea of Infinity is that lots of people working together can achieve great things. :)

How did you come to be involved with Fedora originally? And what kind of things do you love doing in your spare time, outside of Fedora...?

I first got involved with Fedora when I was an intern on Red Hat's desktop team in the summer of 2004. I was a Debian user before then, although my first distro was Red Hat Linux. I have to admit it's pretty easy to make the transition from user to contributor when you're surrounded by folks working on Fedora on a daily basis. :) The thing that has always excited me about Fedora was the rapid development of features; it makes it easy to keep up with and try out the newest that FOSS has to offer.

In my spare time outside of Fedora, I'm a pretty avid gamer and I am also trying to learn Japanese (coincidentally Martin Sourada from the Fedora Art team also shares this goal!) As I live in Boston, I also love finding new places in and around the city to explore on the weekends - my goal is to have eventually explored every train stop on the Boston T.

Like what you see? Interested in helping create the artwork for future Fedora releases? Drop by the Art Team's wiki page for more details: 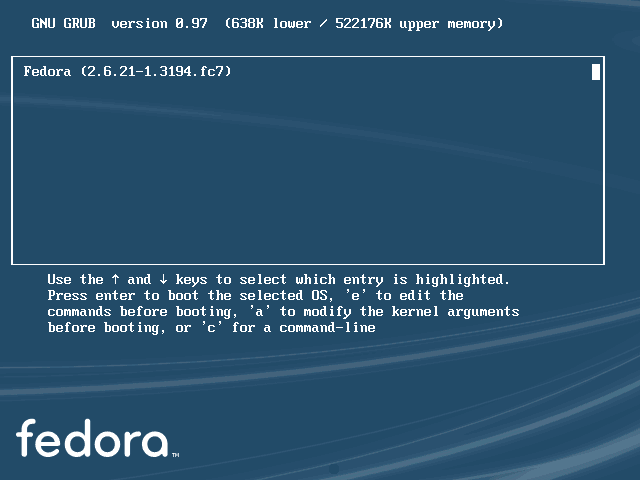 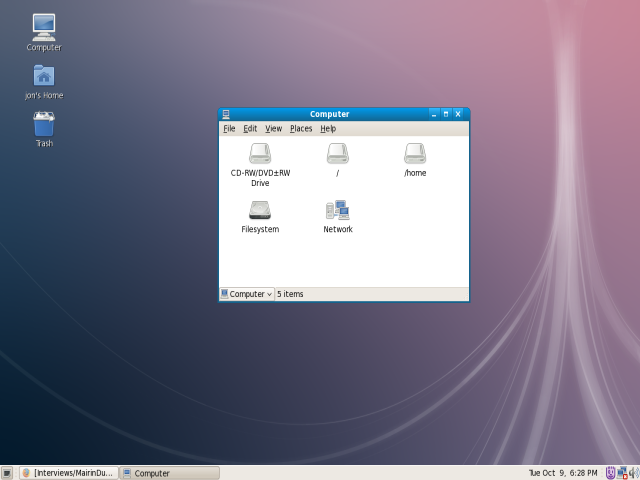 An example of one of the infinity wallpapers with the Nodoka metacity theme in the shot too - note that this was taken in the "online-desktop" configuration with the sidebar hidden. 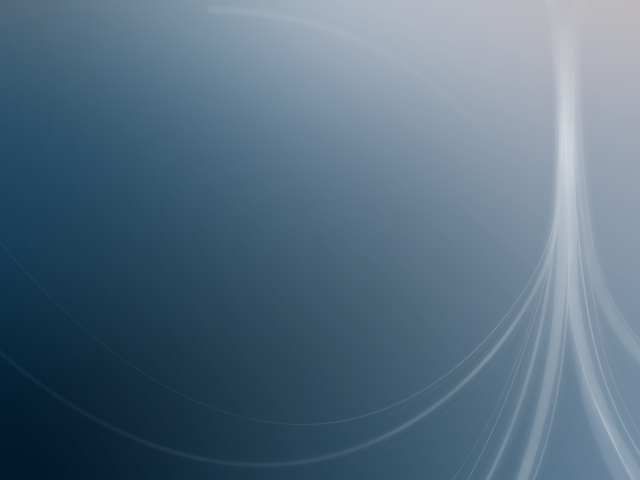 A preview of one shade of Infinity's desktop wallpapers (other shades are used at other times of day, Re: animated backgrounds). 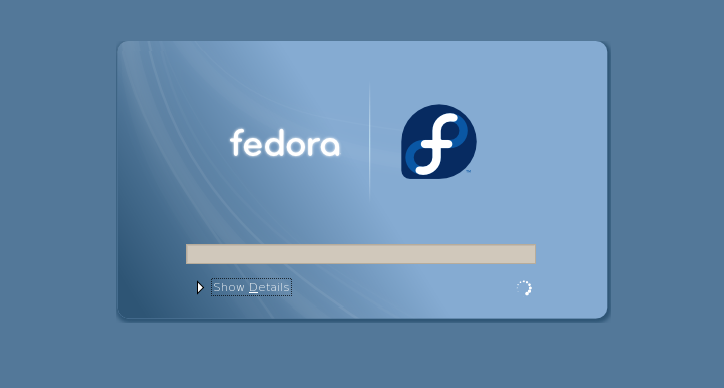 A preview of Infinity's graphical boot.

If you'd like to find more images, or source images, visit Artwork/F8Themes/Infinity/Round3Final .