On some earlier releases of Fedora, it is also necessary to install splat-utils.

Once you have the above files you may invoke SPLAT! to generate a map of transmitter coverage by invoking it with a command like:

The SPLAT! output map is always in .ppm format. The -R parameter may be omitted, in which case SPLAT! will use a default. Selecting a larger calculation area will slow the calculation. The default area may not show the weaker areas but instead be cut off at some fixed distance as in the following image: 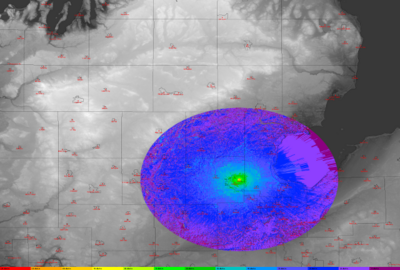 If the -R parameter is specified sufficiently large, the image will show more weakly covered areas, however, the calculation may take considerably longer: 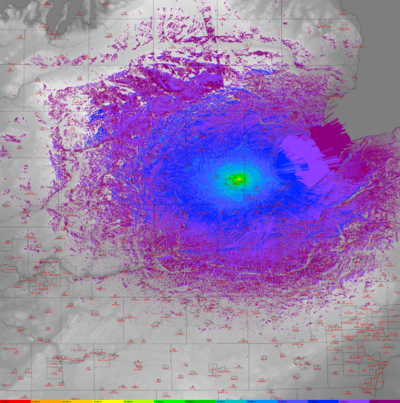 Notice that SPLAT! adjusts the size of the image to include the covered area.

In the above maps, the transmitter is relatively low powered, resulting in a map where the stronger areas are very small. By adjusting the contours, the map may be made more useful, and custom colors may be selected as in the image below: 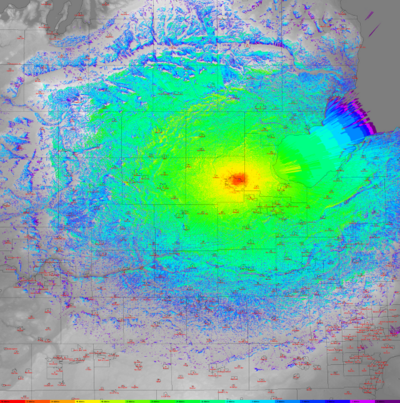 SPLAT! can also provide insight into specific paths. For this, all nine terrain files are not required, only those in the path. A .qth file is required for both the transmitter and receiver. The following command will generate a report and graphs:

SPLAT! uses gnuplot to plot the graphs so they may be .png, .ps, .gif or any of the formats supported by gnuplot.

The frequency may be omitted in which case fresnel calculations are not performed. The graphs may also be omitted, and there are also additional graphs which can be selected. SPLAT! always produces a rather detailed text report. The path loss graph will look like: 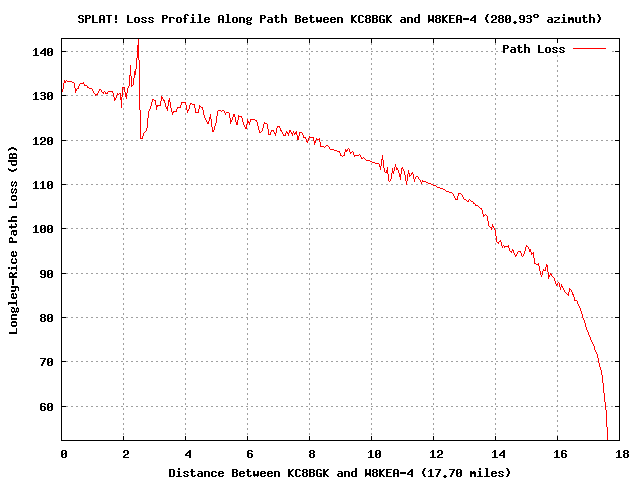 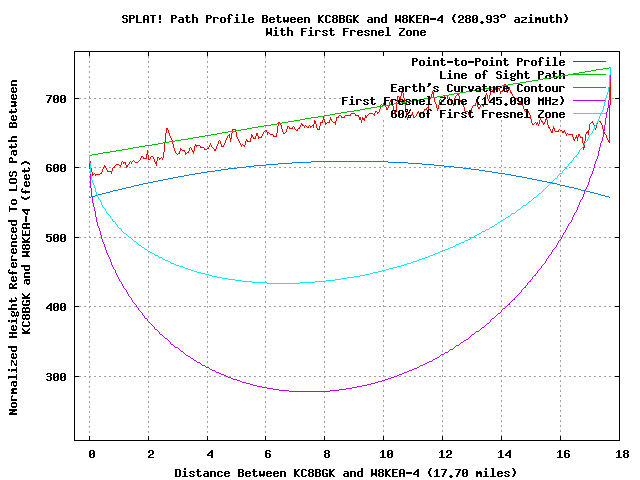