I'm trying to keep my page up to date and include every bit that is interesting to others. Drop me a line if you have suggestions on how I could improve it. Also, I'm aware that my English skills are far from perfect - you are very welcome to help me if there's something wrong. 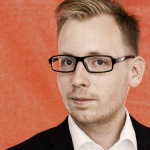 Fedora user since, well, Red Hat Linux 6.2. Active Fedora Contributor since 2007, but my roles have changed a few times over the years. Most recently, I've been involved in cloudy matters (mostly Fedora cloud images and OpenStack).

In one word, my activities and roles are ever-changing. Both my professional and my private interests have shifted a few times and I try to only stick with a role for as long as I seem to add value to the Fedora Project, Working Group or Special Interest Group. Also, my time is limited and therefore I sometimes have to set priorities. So my current and former activies and roles include:

List of events I attended or plan to attend in future in chronological order, earliest first.