Marketing meetings are held on Thursdays at 3:00 PM EST in the #fedora-meeting[?] channel on freenode.net. 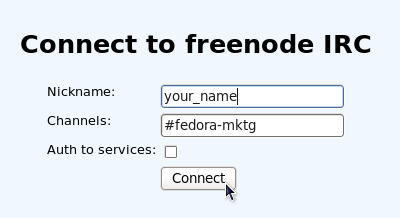